Why You Don't Need A Sweet Spot To Listen Anymore...

I have impressed everyone with the Pro iDSD either just talking about it or demonstrating it. Quite a remarkable advance in music technology as for me it shifts the focus away from the computer and puts it on the music source wherever that is: inside WiFi, streaming, CD/DVD, Smart TV, Smartphone. This, as I refer to it in my review, makes the network itself transparent for the user and listener with very high quality sound for any music delivered from the lowest bitrate MP3 or AAC from say Pandora to the highest DSD512 download from say NativeDSD.com. The GTO Filter and DSD 1024 Resample greatly and surprisingly improve all audio outside of MQA Masters and DSD512 source recordings which few listeners have anyway. The analog tube goes further to improve the analog signal then delivered to amp/speakers.

So the large bulk of all music played through the Pro iDSD  is what I call digitally cleaned and improved then delivered as warm natural analog. Well done!

Self taught acoustic guitar singer-songwriter David Elias lives in Hawaii. He has played music all his life. He has written songs since earliest teen years. He became an adventurous musician online in the earliest Internet days and began self-producing a seemingly endless menu of music and styles, settings, backing bands and artists on his own label Sketti Sandwich Productions. In the early 2000's he helped pioneer some of the first hi-res technologies (DSD) to create the most realistic listening reproductions for listeners in both stereo and surround sound, as if you are in the studio with the artists performing.

He went on to learn how to create his own HD videos (2008) using his own music and still photography of natural beauty. In 2016 he became involved in another milestone in hi-res audio as an MQA Artist delivering for the first time natural sounding CD and DXD (up to 24/384k) as small file downloads as well as low bitrate high resolution streaming on services like TIDAL and 7Digital.

He writes lyrics that speak to all in different ways and seem to even change in meaning over time. Kind of like life itself. Listen to his naturally recorded, honest and authentic music and get back in touch with what music really means to you.

You can listen to all of David Elias released music with full song previews online here...
All his albums and singles are also on YouTube.com to listen to anytime.He is also on all the streaming audio services like SPOTIFY, TIDAL, APPLE MUSIC, AMAZON, QOBUZ, PANDORA and the rest.

Don't be shy...take a listen

Playlists curated by the artist
on Spotify and TIDAL...

"Crossing" is now available as DSD512 at NativeDSD.com

"While the modulation envelope spectral shape is the same regardless of the DSD bitrate, its effective frequency start and end points move an octave higher for every doubling of the DSD bitrate. For DSD64, the uncorrelated modulation noise is about -110dB at 20KHz, rising to about -50dB at 100KHz. For DSD512, the modulation noise is about -110dB at 160KHz, and -50dB at 800KHz. This allows the customer's DAC to use gentler, more Gaussian shaped reconstruction filter algorithms, with far improved phase response, yielding a more analog sounding, more spacious and detailed playback."

"Listening to Crossing in SACD Surround Sound"
- written by Brian Moura for High Fidelity Review, soon after the "Crossing" SACD release in 2006.

When describing the sound of Elias’ previous Super Audio CD release The Window, I described it as “a reference quality recording”. Crossing is clearly in the same category and some might even say it sounds a bit better.

Listening to Crossing on a quality Super Audio CD Surround Sound system is a true pleasure. As with his previous Super Audio CD, Crossing features a mix of soft singing that some have referred to as almost a lullaby style and other tunes that have a more upbeat tempo.

Elias vocals are mixed to the Center Channel speaker and are presented so clearly that it seems that Elias and his band are literally in the room singing to you. The 5.1 Surround Sound mix places the bass and acoustic guitar in the front channels with the dobro and mandolin appearing in the Left Surround and Right Surround channels, providing nice accents to the performances.

Some of the album highlights include Morning Light/Western Town (track 4) which features a dramatic intro in the front channels before the song begins to unfold, The Riddle Song (track 10) which adds an accordian in the Left Surround channel and If I Had My Way (track 12) which features a pedal steel guitar in the Left Surround Channel. In every case, the recording captures the acoustics of the live performance and the direct to DSD approach to the project offers amazing detail, clarity and sonics. If you want to hear an album that really shows what the Super Audio CD format is all about, Crossing is clearly in that category. As with Elias’ prior SACD release, I can quite confidently predict this will be another “must have” disc for Super Audio CD fans.

These And Other DSD256 and DSD512 Releases at NativeDSD.com

"The remaster sports more accurate start/stop, attack/decay. The result is fuller reproduction of the music-excited space. Here the imaging is completely spherical, utterly free of any blur, alive as in real life...[The 'Crossing' Multichannel] results are monumental! I am right now enjoying the best reproduction so far on my main system." - Audiophile Dez

"Very realistic SACD of absolutely wonderful Folk Music. Never heard of David Elias, his SACD "The Window" was recommended by several posters on the High-Rez Highway as one of the best SACDs for music and sonics. I agree all the instruments sound REAL and David Elias has of the most beautiful voices in folk music. And all the Songs are fantastic, every single one! This is one of my favorite SACDs! Highly, highly recommended!" - SA-CD.net

"I just listened to the Mch download [The Window] from NativeDSD. I remember starting the playback with track1, then the room disappeared while the music played. It was as if I went into a trance, captivated by a great performance and wondrous sonic. 10....Listening to this right now [Crossing]. Every time I listen to both the David Elias surround albums, I'm all taken away by their strong moods. Truly beautiful music, and I love his voice." - QuadraphonicQuad Forums

"From the first note, it's apparent that this [Crossing] is an extraordinary recording...This is intelligent and melodic pop folk-rock, and Elias's singing is honest and tuneful." - Kal Rubinson, Stereophile Magazine

"Acoustic instrumental shaped to wander with you through a late autumn afternoon."

Feature Interview with David Elias by The Witchdoctor in New Zealand

"As usual your music makes me always so quiet, so at ease as almost no other music can.Thank God for your talent." - Gert, The Netherlands

"Never have I enjoyed nor experienced from music what you were able to do and communicate through your heartfelt expressions. Well done! Congratulations...Each track seemed to take you on a journey ultimately yielding to an experience of its very own. The lyrics expressed through the music combined left me in a place of awe. " - Doug L, underground 1960's FM DJ, Berkeley

"I am now on my second listen [Crossing] and the sound quality is glorious. Your voice sounds close miked? Your voice also sounds similar to Chris Rea's. My wife also mentioned this! It is a wonderful album, chilled and mostly laid back, and your voice, guitars and percussion all sound very natural with classy musicianship." - Jonathan, UK

"Id already got the DSD download [Slipper DSD Sessions: And The Bit Goes On], and bought this MQA version to compare them. They are subtly different, both excellent. I’m playing the MQA back through an ordinary dac (not MQA enabled), but even so, the quality at 24/44.1 and 1419kbps was way above what would be expected. It seems the reviews of MQA timing accuracy delivering superb quality even without MQA decoders were correct." - David C., UK

"Truly fantastic master, [Acoustic Trio] hints of the typical audiophile presence bump but nonetheless free of grain and exaggeration. After scouring hundreds of famous recordings these are one of the five albums I find truly worthy as a reference. Beautiful composition, effortless vocals, keep up the great work!" - Xiaorong Y. on Bandcamp

"Every 'great' recording requires 'great' music, and that's what this disc [The Window] is all about. The result can truly be considered a work of greatness. From the moment the disc begins, one is instantly grabbed by the intimate soundstage; Elias sings the majority of lines no louder than a whisper, almost as if all the songs are lullabies, but it sounds as if he's doing so while sitting on your lap, such is the feeling of a real, confined acoustic space and a close proximity to the performers. The experience is startling, even to a hardened listener such as myself." - Stuart Robinson - High Fidelity Review

"This was my first purchase of David's work [Acoustic Trio DSD Sessions] and there's not a track I don't love.. The lack of that PCM 'compressed' sound with the DSD recording and the 'Live' feel he manages to achieve make this an outstanding album. Outstanding! :)" - Simon B., Australia

"From the first note, it's apparent that this [Crossing] is an extraordinary recording...This is intelligent and melodic pop folk-rock, and Elias's singing is honest and tuneful." - Kal Rubinson, Stereophile Magazine.

"I don't know how you did it, cause technically its not possible, but it sounds higher res than a CD - Its awesome quality music too." - Fiona Joy, Blue Coast SACD/DSD recording artist, Grammy Winner

"I've been an audiophile since before they even called it that. My love for music led me into things that allowed me to be involved with the industry in many other ways besides actually being a musician.First let me say you are one very talented musician. Aside from the recording the two downloads [Crossing, and Acoustic Trio] I bought were outstanding just thoroughly enjoyable listening experience. I love the soulful way you play the guitar and your lyrics are incredibly powerful.

The unique thing is that there wasn't one song I didn't enjoy as much as the other. That's never happened to me before. I've always had 2 or 3 songs I like as opposed to everything else on the recordings I bought or listened to. I was really blown away! Every track had its own unique journey.

I use the word journey because that's what it felt like. Each track seemed to take you on a journey ultimately yielding to an experience of its very own. The lyrics expressed through the music combined left me in a place of awe. Seriously each taking ahold of me leading on to a fulfilling emotional experience. Each unique and distinct from the other but always creating a hunger for more.

I got to tell you I've been an audiophile for 40 years (I'm 65). Never have I enjoyed nor experienced from music what you were able to do and communicate through your heartfelt expressions. Well done!  Congratulations." - Doug L, underground FM DJ in Berkeley in the 60's..

You can have 50% off the coffeehouse playlist

Coffeehouse Playlist #1 is a curated set of some of David Elias's best known and admired songs over the years. All songs play on any software, smartphone, hardware player.

Pre-Save/Follow on Spotify and see an unlisted video with new song that takes you to the very edge of a volcano crater......

"out of a dream
out of the sky
into my heart
into my life..." 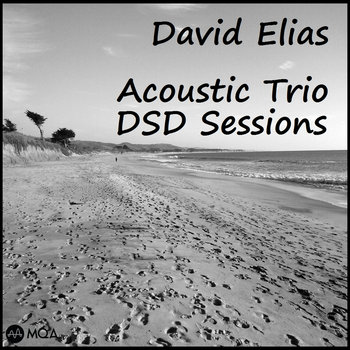 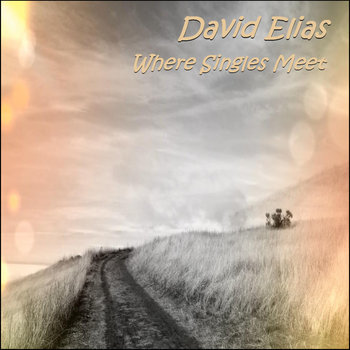 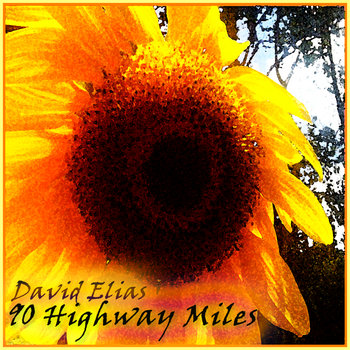 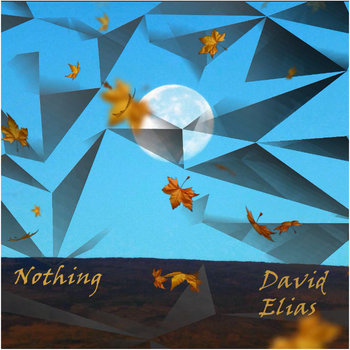 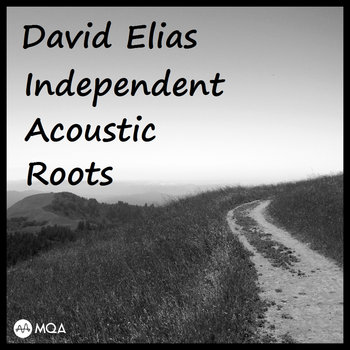 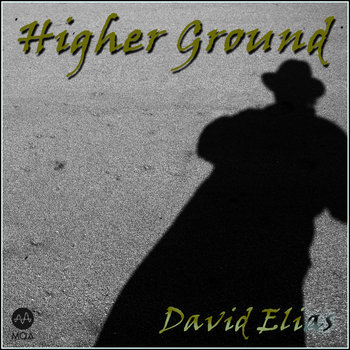 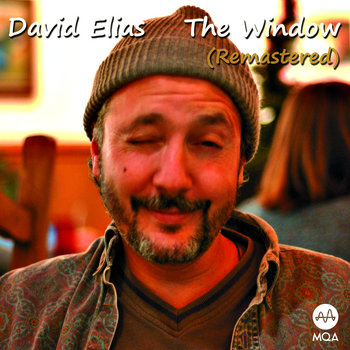